Wednesday Word of the Week

I am going to try and pick a word of the week that sums things up and is reflective of what is going on in my world.   Today's word is "Loopy".

I chose to highlight 2 (b) as the most accurate.  Today I have eaten Advil like M&M's.  Way more than the recommended dosage!   Yesterday I had an appointment at the orthodontist for an adjustment.  He said the next 2 months of treatment will be "hardcore".  He asked if I was ready.
OF COURSE I am hardcore!!!  Plus I didn't want him to think I was a wimp and the faster these darn things come off the better.

He warned me that this would be a major adjustment and I would hate him for the next few days.  He was absolutely correct.  Each time I swallow a handful of Advil I picture this Advil sponsored Race car running him over..... 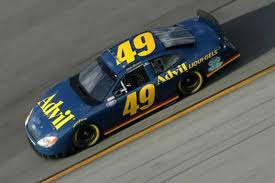 ﻿
I was so loopy at work I was at least 1 minute behind everyone else.  We were sitting in a Directors meeting this morning and I was supposed to be controlling the documents on the projector.  Beck kept telling me she posted a specific report.  Then she told me again, and again a minute later.  I thought Geez, who cares......why does she keep telling me this? Does she want a medal or something??   Ummmm, perhaps it was because everyone was waiting for me to put it up on the screen!   Duh!
And sadly that was not the only example of my over-medicated haze today.  ﻿ 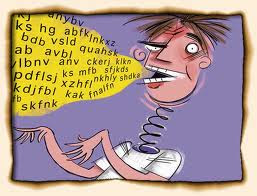 I bet some of you thought "loopy" would be a rug hooking reference.  LOL
Posted by Kim at 6:31 PM

Labels: silly, Word of the week