Music to soothe the savage beast They say that music can soothe the savage beast.  I admit to believing that concept.....until tonight.

You know I have been very busy at work recently and am struggling to stay caught up.  I went in to work last night and it was so quiet and peaceful and I got a lot accomplished.

So I thought I would do the same tonight.  As I arrived I remembered there was a reception being held in the first floor lobby.  Its OK I thought, I'm on the 2nd floor.

They were so loud I could hear them in my office.   Clapping, cheering, giving speeches.  I tried to focus but it was a bit annoying.  Then a coworker comes upstairs and says he's leaving because they are starting karaoke.  I thought it was a joke.

Then it started - for real - and loud.  I suffered through Hotel California, the Village People's YMCA, and then they started doing Whitney.   That was the straw that broke the camels back.   I had become the Savage Beast and that noise was NOT soothing me. 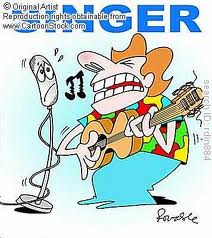 It's bad enough to have to go in to work after-hours, but try to be productive while listening to bad karaoke!!  The Savage Beast came home.

Later tonight I will try to forget the gawd awful songs I heard while I watch the elimination episode of Dancing with the Stars.   I really think it is time to send Melissa Gilbert back the Prairie.  (fingers crossed)  This show is a guilty pleasure.  And this year I have been having fun with a group of hilarious women on facebook.  Sweet Alice from the blog A Day in the Life has been hosting a little DWTS fun during each show.  There is a bunch of ladies from Canada and the US and the comments are just hysterical.  It can get to be a no-holds-barred critique from some very clever and funny gals.