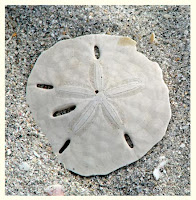 The first group of family kids have left for home and the 2nd batch has arrived. The boys have been having a blast on the beach. Leo has become a master at collecting sand dollars.
On a trip several years ago he named one of the sand bars "Sand Dollar Island". And apparently he was correct. I generally find a handful each year, but nothing like this kid!
This picture is taken at Amherst Shore Beach at low tide....or as the kids call it - Hunting season! They spent hours down there and even calling them for supper and ringing the bell had no effect. 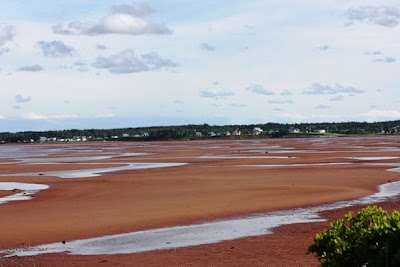 Here are the "Boys" heading back ----Finally! Supper was warming (drying out) in the oven for over an hour. (Not that they seemed to mind) 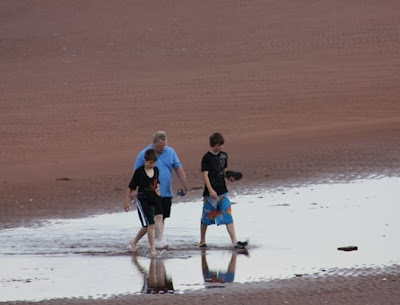 This is what they carried back from their adventure. Poor Dillon's shirt was all stretched out but they were so proud. 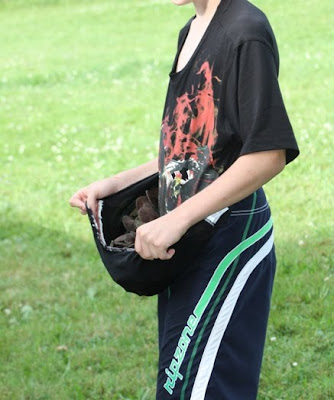 I gave up counting at 40 but they ended up with over 60 sand dollars. We spent the evening washing and bleaching them and laying them out on the deck to dry. 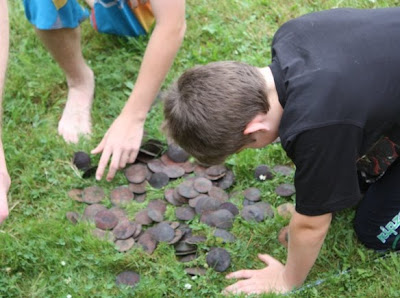 Not a bad haul eh! Once they are bleached out they are so pretty for decorating etc. I love them. I hope they left a few for me!
Posted by Kim at 11:05 PM