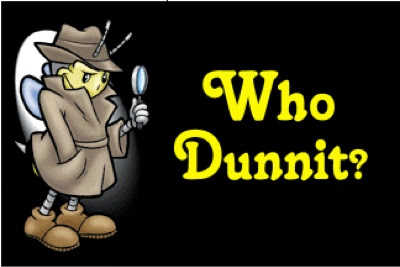 It's never dull in my neighborhood.  We have had a real mystery on our hands.  (Ok, prepare for some serious mocking ahead).  Recall my recent post about how this is municipal Clean-up week where you can put all your crap and garbage on your front lawn and it will disappear.   Scavengers have been in their glory.  Whatever is left behind the town will pick up for disposal.
So apparently I have a genius on my street.  A vacant house has been under renovation for awhile.  When I say awhile, I mean it.  There has been scaffolding up for over 2 years.  This guy shows up about once a month and does adds another strip of siding.  Not kidding!  About 2 weeks ago he put an old claw foot bathtub on the front lawn.
Do you see where this is headed yet??  At some point between Monday evening and Tuesday morning it disappeared.  Those old things are valuable and in high demand so no surprise, right?  Then later in the day the police are knocking on my door - interviewing all the neighbors about the missing tub.
LOL.  This dude called the police and reported his tub stolen.  Apparently he said he wasn't throwing it out (although he put it with the rest of his garbage pile).   And THEN today he put this on his front lawn 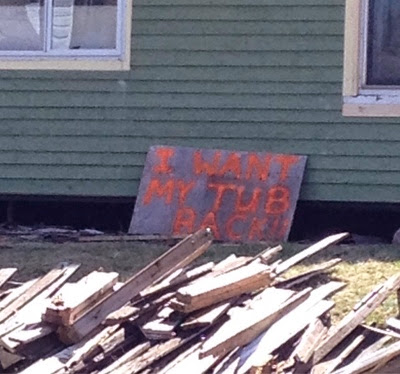