You can call me Jill 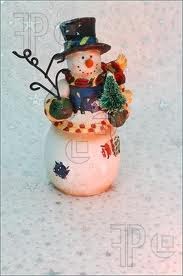 This has turned out to be such an enjoyable event. I went home with a sore face from laughing so hard.  Part of the humor was due to the theme of the month.  Our menu was "Asian Flair".  And as we got seated around the beautiful dining room table we noticed something was missing........silverware.  Yes, you guessed it - - we had to eat the entire meal with chopsticks.

As you can imagine, this led to all sorts of fun.  We had one "pro" in our midst who had studied in China for several months.  She attempted to teach us and then she laughed at us - a lot.  It's not as easy as it looks.

During the appetizer portion, while we were all just chatting in the living room, I noticed the lady next to me called me Jill.  Well, we were all in a big conversation and I just let it go.  Later in the evening someone across the table asked me a question, using my name.  Then the other lady realized and said, "Oh I've been calling you Jill all night".  I said, Oh thats OK, you can call me Jill.  We all laughed and it kind of became a "thing" for the rest of the night.

So it begs the question - When someone you have just recently met calls you by the wrong name, do you correct them ??  Do you let it go once ?  But then if you don't correct it and it goes on for too long, can you correct it then ?

Several years ago I met a woman at a function.  The next time I saw her she called me Susan.  It was just a hello in passing so I let it go.  Then it happened again.  Well, I let it go before so maybe it was too late to correct it now (thats what I told myself)  About a year later I was at an event with Auntie.  This woman again says "Hi Susan".   Auntie scrunched up her face and whispered "Did she just say Susan ?"  I grabbed her by the arm, pulled her along and said "Just go with it - Its gone on for 2 years now."  LOL